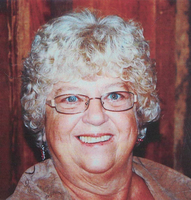 Marie Decker, 77, of Odessa, passed away on Thursday, October 15, 2020. She was born in Manhattan, NY on May 1, 1943, the daughter of the late John and Theresa Petrovich. Marie graduated from Chadwicks Union Free School in 1961 and later from St. Luke's Memorial Hospital of Nursing in 1964. Marie enjoyed her involvement with the American Legion Auxiliary beginning with attendance at Empire Girls State while in high school. When she moved to Odessa with her husband, they were involved in the Legion and Legion Auxiliary. Marie served in variety of offices, including Auxiliary President for a number of years. Marie was Schuyler County Auxiliary President the same year Wayne served as County Commander. In 2015, Marie was a charter member of the Phineas Catlin Camp Auxiliary to the Sons of Union Veterans of the Civil War. In addition to being president of the auxiliary, she attended many Civil War reenactments, helping Gary with the display. After 40 years of dedicated service as a registered nurse at Schuyler Hospital, she worked in the hospital gift shop. She spent many enjoyable hours knitting items for the shop. Marie was also a member of the Montour Moose Club. She was predeceased by her husband, Wayne F. Decker in 2007. She is survived by her life partner, Gary Chapin; and by her sisters-in-law, Mary Jane Decker and Hope Decker. Relatives and friends are invited to call on Friday, October 23, 2020 from 6-8 pm at Vedder-Scott & Zinger Funeral Home, 122 N. Genesee St., Montour Falls. A graveside service will be held on Saturday, October 24, 2020 at 11:00 am at Laurel Hill Cemetery, County Road 10, Alpine. In lieu of flowers, contributions may be made to the American Legion Auxiliary, c/o Joan Scott, 4467 County Road 14, Montour Falls, NY 14865 or the Humane Society of Schuyler County, 124 Marina Dr., Montour Falls, NY 14865.