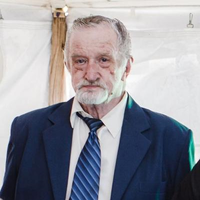 Frank Robert Morehouse, 76, of Watkins Glen passed away unexpectedly on October 3, 2020. Frank is survived by his children, Robert L. Morehouse, and Dawn Hornsberger, as well as his grandchildren; Leah and Zac Morehouse, and Jessica Hornsberger and Jenna Mosher, with great-grandchildren Amelia, Jack, and Emerson. His nieces and nephews are Donald (Jean) Boyce, Marcie (Raymond) Ergott, Patty (Michael) Bilinski, Clifford (Nancy) Boyce, Kenna (David) Sawdey, and Blaine (Kathy) Morehouse, with many other nieces and nephews. He was predeceased by his parents, Clifford Morehouse and Marcella Morehouse Champlin, his sister Marian (Fred) Boyce, and brother Clifford (Darlene) Morehouse, Jr. Frank was a graduate of Watkins Glen High School in 1962. He proudly served in the U.S. Navy from 1963 to 1965, and was a member of the Loyal Order of the Montour Falls Moose #426. He was a die-hard N.Y. Yankees, Giants, and Rangers fan who enjoyed Watkins Glen H.S. Basketball and Football. He was an avid reader, who also enjoyed his daily Sudoku puzzles. A graveside service with military honors will be held on Saturday, October 10, 2020 at 12:00 pm at Beaver Dams Cemetery. The family will have a private gathering at a later time. Donations may be made to the Watkins Glen Sports Boosters, stating "In memory of Frank Morehouse" and sent to 301 12th St., Watkins Glen, NY 14891. Funeral arrangements are under the direction of Vedder-Scott & Zinger Funeral Home, Montour Falls. To leave the family a message of condolence, or to light a "Candle of Remembrance", please visit www.vedderscottzinger.com